A study published on June 10th, 2015 in the journal PLOS One inspected the relationship between proton pump inhibitors such as Nexium, Prilosec, and Prevacid, and an increased risk of a myocardial infarction, more commonly known as a heart attack.

This study was a peer-reviewed study conducted by the Stanford Center for Biomedical Informatics. Proton pump inhibitors are typical taking by mouth to reduce the amount of stomach the glands in your stomach make, result in a decrease of heartburn symptoms. The results of this study found that proton pump inhibitors were correlated with an increased risk of a heart attack.

Data was collected from electronic records to create a sample representative of the general population. After analyzing this study, the researchers found that a 16 to 21 percent increase in risk of heart attack appears to associated with heartburn medication use.

Because proton pump inhibitors are so widely used, researchers feel there is reason to be concerned about the associated risks of using these drugs.

The most commonly prescribed proton pump inhibitors are:

Proton pump inhibitors are indicated by the FDA for gastroesophageal reflux treatment. This condition causes heartburn and occasionally damage to the esophagus because of too much stomach acid being produced by the glands in the stomach.

In 2014, sales of the top ten proton pump inhibitor prescription drugs make up $9.2 billion in U.S. prescription sales, according to IMS Health. This is a decrease in sales from 2010 by $12.3 billion. It is believed that the introduction of an over the counter Nexium product in 2014 explains this decrease since these numbers do not include over the counter sales.

According to IMS Health, proton pump inhibitors were third in sales when compared to other classes of medications:

There are a some minor side effects more commonly experienced when taking a proton pump inhibitor. These side effects include, nausea and vomiting, diarrhea, gas, and headache.

More serious side effects, which require medical attention, are less common and include:

The Stanford Center for Biomedical Informatics published a study on June 10, 2015 stating a relationship was found between proton pump inhibitor use and an increase in myocardial infarction incidents.

About the research method used for the study:

16 million electronic clinical documents where analyzed and data was collected on 2.19 million individuals. The data on these individuals was collected based on the fact that they had previously been treated for GERD between the years of 1994 and 2012.

A method called data-mining was used to obtain the results of this study. Data-mining is a method of searching and analyzing information stored in databases to create new information. One aspect of this study which is important, is and understanding of the differences data-mining has with an epidemiological study.  Data-mining research was able to find a correlation, but not a cause due to an inability to control for other influencing factors and variables.

Epidemiological studies, however, are often able to find a causes because of the controls in place for influencing variables. In this study, this meant that researchers were able to see that a relationship between PPIs and an increased risk of heart attacks did appear to exists, but they couldn’t prove that PPIs caused heart attacks.

About the population of individuals studied:

Individuals prescribed proton pump inhibitors account for 45.9% of the individuals studied. This group was split according to the specific medication taken into the following percentages:

Within the group of individuals studied, 45.9% were taking a minimum of one type of proton pump inhibitor, and the percent of the population taking each individual medications (in generic form) is as follows:

18% of the group of patients had been prescribed H2-blockers as treatment for heartburn or ulcers. 6% of patients were also taking clopidogrel, a blood thinner used to prevent stroke, heart attacks, and other heart conditions. This groups was discluded from the results due the previous research which found that PPIs decrease the effectiveness of clopidogrel. This was done in order to get a clear look at the relationship between proton pump inhibitors and an increased risk of heart attacks.

Results of the Study

This study revealed an increased risk of heart attack by 16 to 21 percent to be associated with the use of PPIs such as Nexium, Prilosec, and Prevacid. However, in patients who were prescribed H2-Blockers, no increase in the risk of heart attacks was found.

Patients with age-related risks and those using clopidogrel were not included in this study and the results were achieved independently of these factors. Additionally, the added risk associated with elderly patients and acute coronary syndrome (ACS) did not influence the results of this study. ACS is a condition that causes an abrupt reduction of blood flow to the heart, increasing the risk of heart disease, according to the Mayo Clinic.

No variation was seen in the results of the study based on age, and the results did appear to be applicable to the general population. It isn’t clear what the exact cause of the increased risk of a heart attack is, but previous research suggests that an increase in ADMA levels, which can increase the risk of cardiovascular problem, may be occurring as a result of proton pump inhibitors.

Competing risk may have influenced the results of this study, according to the researchers. Another factor that was taken into consideration was that the patients selected may have been in poor risk, and may have already been at a higher risk for a myocardial infarction when compared to the general population.

This competing factors do not negate the need to be concerned about the possible side effects of proton pump inhibitors. Researchers strongly cautioned consumers concerning these risk factors and argued that additional research needed to be done in order to get a better understanding of these risks.

The FDA has warned that, when proton pump inhibitors interaction with blood thinners such as clopidogrel, the effectiveness of clopidogrel in preventing stroke, heart attack, and other heart condition decreases. In 2011, and an advocacy group placed pressure on the FDA to include a black box warning on the packaged of PPIs. This was based on their belief that PPIs cause an increase in stomach acid production, causing GERD to become worse in the medication is discontinued.

Use the legal system to obtain fair compensation for your PPI damage claims and to obtain the justice you deserve. Consult us now to determine if you are eligible to either join an existing proton pump inhibitor lawsuit or file an individual lawsuit for damages due to use of PPI’s. You should not suffer physical harm, financial stress or other damage due to the negligent behavior of another person or company. We can Help! 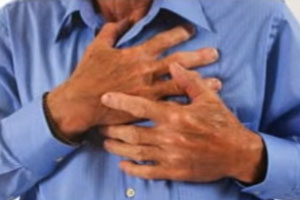