Results from a new study suggest proton pump inhibitors (PPIs) such as Nexium may increase the risk of premature death. According to the study, risk for death is even increased in patients who use PPIs and who do not suffer from gastrointestinal problems; the risk for early death increases the longer a person uses a PPI.

Nexium, Prevacid and other PPIs have already been linked to other serious side effects, including chronic kidney disease, acute kidney disease injury, bone fractures, dementia and stroke.

The study which “aimed to examine the association between PPI use and risk of all-cause mortality,” was published in BMJ Open. Study authors suggest that use of PPIs be limited.

About the PPI Study

“I don’t want people to panic,” said lead author, Dr. Ziyad Al-Aly, an assistant professor of medicine at the Washington University School of Medicine. “The risk is not large, and with people who need P.P.I.s for a valid medical condition — a bleeding ulcer, for example — the benefit far outweighs the risk. But people are taking them when they don’t really need them and they’re getting no benefit, only the risk.”

PPIs are oral medications that are taken to reduce the amount of stomach acid that is produced by the glands in the stomach. They have been approved for treatment of frequent heartburn, GERD and acid reflux disease and have been prescribed for the prevention of duodenal ulcer disease and gastric ulcers.

Depending on the type and severity of the issue, a PPI may be prescribed anywhere from four weeks to over a year. The longer a person takes a PPI, the higher his or her risk for developing side effects becomes. And, according to the newest study, a person’s risk for premature death increase the longer he or she takes it.

PPIs are used to:

Some of the most common types of PPIs are Prilosec, Nexium, Prevacid, AcipHex, Protonix and Dexilant. PPIs can be prescribed by a doctor and others can be purchased over the counter.

As with any medications, there have been a number of side effects reported by persons taking PPIs. Some of the more common side effects include:

Anyone who experiences skin rash, swelling in the face or throat or difficulty breathing after taking a PPI should contact a doctor right away as he/she may be experiencing a life threatening allergic reaction.

More serious, life-threatening side effects can include:

Results from the latest study are concerning for families of persons who use PPIs on a regular basis, especially for those who are older and already suffer from other health complications. If a person with a history of PPI use dies, his or her family can speak with a Nexium lawyer about conducting an investigation to determine if taking the medication could have contributed to premature death.

These claims will be difficult to prove and should be handled by an experienced proton pump inhibitor lawsuit lawyer who has specific experience with Nexium lawsuits.

Lawsuits for other serious side effects have been filed on behalf of individuals and families who believe PPI use has resulted in serious health complications. Compensation in defective drug lawsuits can be significant and can include payment for physical, emotional and financial losses associated with drug side effects.

In cases involving wrongful premature death, surviving family members may be eligible to sue for funeral and burial costs, unpaid medical bills, loss of economic and social support from the deceased.

NOTE: a cancer group is urging the FDA to require that PPIs carry a safety warning to warn the public that long-term acid reflux can cause esophageal cancer. Although PPIs do not increase the risk for cancer, the cancer group believes drug makers have a responsibility to warn the public about the risk for cancer associated with acid reflux. Proton pump inhibitors can cover up the symptoms of acid reflux, deterring a person from getting medical help for worsening symptoms that could actually be associated with cancer. 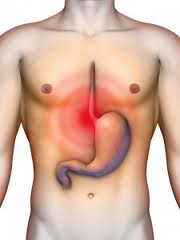